how does satellite internet work?

how does satellite internet work 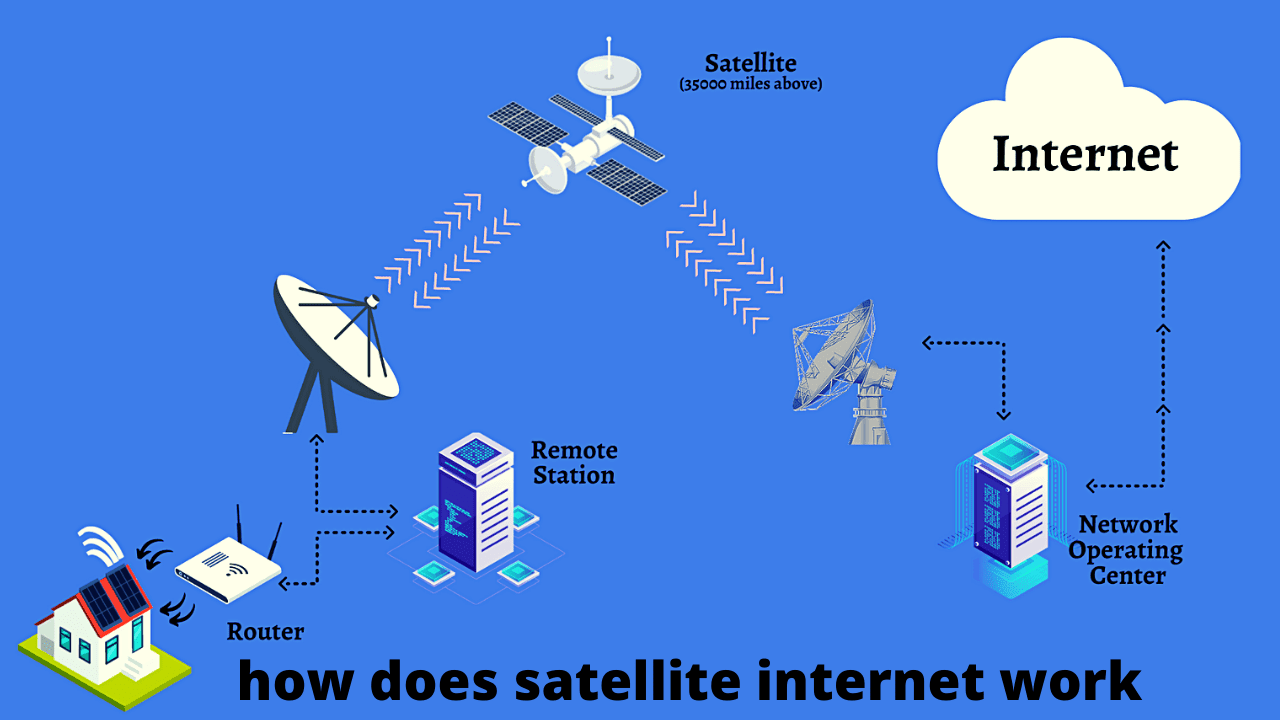 You entered by opening the browser and typing the web address. After you enter, the signal from the computer went to the modem installed in your house and then to your dish antenna. This dish antenna will convert your signal into a radio signal and send it to the satellite in Earth’s orbit at the speed of 186,000 Miles Per Second.

Now, this satellite sends the network operation center on the earth through the satellite ground station at the same speed. The network operation center (NOC) is connected to the optical fiber internet. Similarly, NOC sends the information of the website requested by you from the Internet to the satellite and then the satellite sends a signal to the modem through the dish antenna installed at your home and the website is opened. This cycle goes on like this and you stay connected to the internet. All this process is done in less than 1 second.

Conclusion: how does satellite internet work

Friends, I am completely sure that if you have any questions related to “ how does Satellite Internet work”, then you can ask by commenting, I will be happy to answer your questions. Friends, if this topic seems more technical to you, then no problem, this kind of information is beneficial for the brain, which gives more detail to your thinking.